Home   /   Excursions   /   Virtual Workshop – Scriptwriting: the art of storytelling for the screen with ACTF and ACMI

Virtual Workshop – Scriptwriting: the art of storytelling for the screen with ACTF and ACMI (Stage 3, Stage 4) 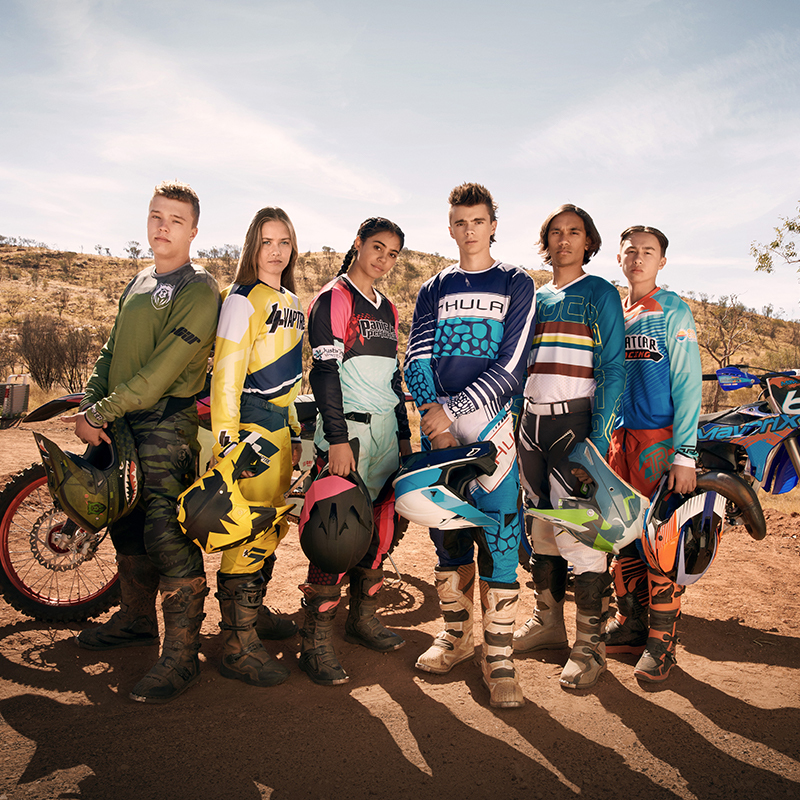 Behind the scenes with MaveriX creators to learn about the process of bringing a story to life on screen.

BROUGHT TO YOU BY: Australian Children’s Television Foundation

Rachel Clements has produced over 100 hours of film and broadcast television. She wrote and produced her first short film Flasher in 1996, winning Most Popular Film at the Queensland New Filmmaker Awards. She then moved to London where she worked for Miramax and MTV. She graduated from AFTRS in 2001 with an MA in Producing, winning the inaugural FFC Creative Producer Award. From 2001 to 2004, Rachel produced award-winning short films including Tree and Soul Mates.

From 2004 to 2009, Rachel worked at CAAMA in Alice Springs, producing shows including Double Trouble, the first Aboriginal children’s drama series and documentaries including Karli Jalangu and Cheeky Dog. Rachel produced the award-winning documentaries Ochre, Ink, and Big Name No Blanket which were nominated for ATOM and Deadly Awards.

Rachel has executive produced documentaries including Urrpeye (Messenger), NITV’s launch documentary. Still based in Alice Springs, Rachel recently produced the documentaries Blown Away and later formed Brindle Films with fellow filmmaker and business partner, Trisha Morton-Thomas. Since 2011, they have developed a slate of critically acclaimed and award-winning films, documentaries and television series including Finke: There And Back, The Song Keepers, Occupation: Native, Coat of Arms, Australia’s first Aboriginal narrative comedy series 8MMM Aboriginal Radio, Big Name No Blanket, and MaveriX.

Sam Meikle is a highly experienced writer and creator with over 200 hours of produced credits across a broad range of television dramas, comedies, animation and web series. His short films have screened at festivals around the world and he’s been engaged to develop multiple feature film projects. Sam holds a Masters in screenwriting from AFTRS (2000) and is a graduate of the NIDA Playwrights’ Studio (2000).

Isaac Elliott is an independent director based in Melbourne Australia, he grew up in Alice Springs and first started making films in 2007 after a motorcycle accident left him confined to a wheelchair. After a few filming motorcycle events including the National Championship in 2009, Isaac moved to Melbourne to study film in 2011. His Honours level film, A Static Wind was awarded Best Tertiary Short Fiction at the 2016 ATOM awards and earned him a finalist position in the 2017 Lexus Australia Short film fellowship.

Isaac produced and starred in the feature documentary Finke: There and Back in 2018. The following year he directed a television special, The Legend of Burnout Barry garnering a nomination for Best Direction in a Children’s program at the 2020 Australian Directors Guild awards. Working across documentary and drama, Isaac seeks to explore unique and interesting characters, drawing personal experiences of masculinity, and disability through a compassionate lens.

This virtual workshop is co-developed and co-presented by the ACTF and ACMI and celebrates the 40th anniversary of the ACTF.

English » Making meaning through responding and composing » Reading and Viewing

We believe that Australian stories have educational, social and cultural value for children. ACTF Learning develops educational resources and events that support learners in viewing, analysing and creating screen stories in the classroom and beyond.

Located in the heart of Melbourne’s Fed Square, ACMI (formerly Australian Centre for the Moving Image) celebrates the wonder and power of the world’s most democratic artform – fostering the next generation of makers, players and watchers. ACMI’s vibrant calendar of exhibitions, screenings, commissions, festivals, and industry and education programs explore the stories, technologies and artists that create our shared screen culture.

After the Virtual Workshop an edited version will be created and uploaded to The Australian Children’s Television Foundation website. Please register to this event (even if you are unable to attend live) to receive the link via email.