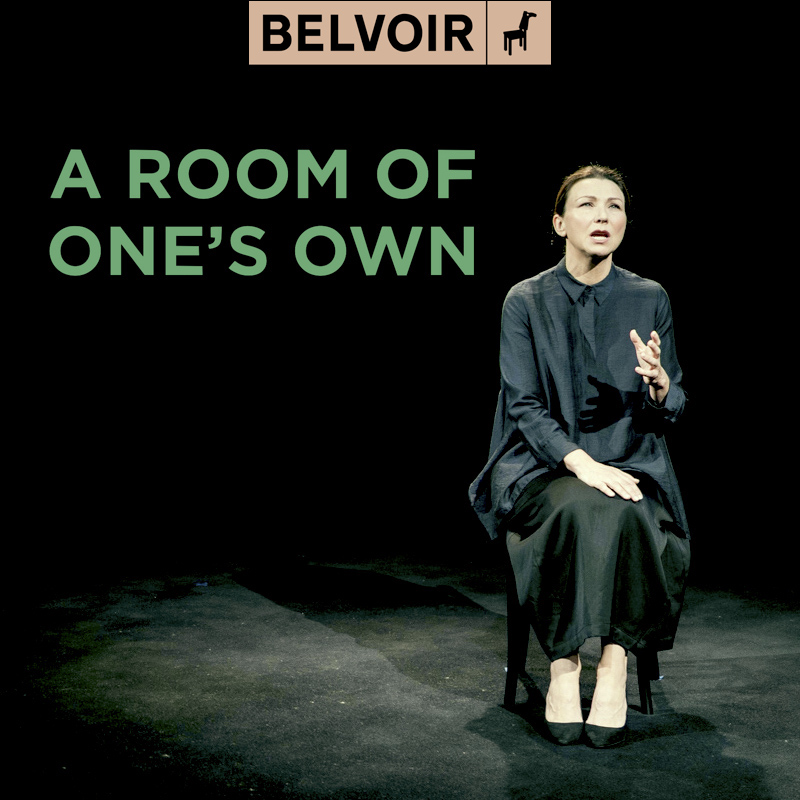 A recorded live theatre performance of Belvoir’s 2020 stage production of A Room of One’s Own is available for schools to stream online.

A recorded live theatre performance of Belvoir’s 2020 stage production of A Room of One’s Own is available for schools to stream online.

It started as a lecture to a group of women in the nineteen-twenties, and became one of the finest pieces of writing in the last hundred years. Wise, witty, passionate, incisive, the story of women writers and the rooms in which they write.

Carissa Licciardello’s impressive mainstage debut brought the famous essay into bold theatrical clarity, with a virtuosic central performance by Anita Hegh. Now a limited chance for those who missed out.

★★★★ “…nothing less than transcendental.”
THE SYDNEY MORNING HERALD

“A superb text for performance.”
THE AUSTRALIAN

Teachers are advised that this production recommended for students in Years 10, 11 & 12. Read the What to Expect document for detailed content information.

IS THIS A FREE EVENT? No

BROUGHT TO YOU BY: Belvoir

An invoice will be emailed to you once a booking form is submitted here.

Recorded Live Performances are non-refundable once paid for. Change of date is permitted with 48-hours notice.

Your viewing link is provided for 24 hours. The link will be sent to you via email and you will be able to view from 6pm the day prior to your booking until 6pm the day of your booking.

Belvoir Recorded Live Performances are made available to schools in good faith that it will not be distributed beyond your class. It is illegal to copy or distribute this content beyond your classroom. Unlawful copying of this production affects the artists, creatives and the company that made this production possible, thank you for your compliance for this limited viewing.

Internet access for the duration of the excursion is required.

Belvoir will send you (as the point of contact) an email with the viewing details for the requested production. You will receive: a link and a password relevant to your booking.

The viewing details will be sent to you by 5pm the day prior to your viewing and you will be able to access this production from 6pm that day for 24 hours.
e.g. if your requested date is Tuesday, your viewing session will commence at 6pm Monday until 6pm Tuesday.

the teacher/s presenting the production to their class or
the students within the class that the booking is for (if teaching remotely).

If you require an additional viewing date or production that is not on your invoice you can submit another request here.

It is illegal to copy or distribute this content beyond your classroom. Unlawful copying of this archive affects the artists, creatives and the company that made this production possible. By booking this limited viewing you agree to these conditions.

Teachers are advised that this production recommended for students in Years 10, 11 & 12. Read the What to Expect document for detailed content information.

Based in an old factory on Gadigal land, Sydney, Belvoir is one of Australia’s most celebrated and beloved theatre companies. Since 1984, when a group of 600 theatre-lovers came together to buy a theatre and save it from becoming an apartment block, Belvoir has been at the forefront of Australian storytelling for the stage. Each year the company presents an annual season of shows for this now-iconic corner stage. New work and new stories sit at the centre of Belvoir’s programming, alongside a mix of reinvented classics and international writing, and a foundational commitment to Indigenous stories. In short, Belvoir is about theatrical invention, an open society, and faith in humanity.