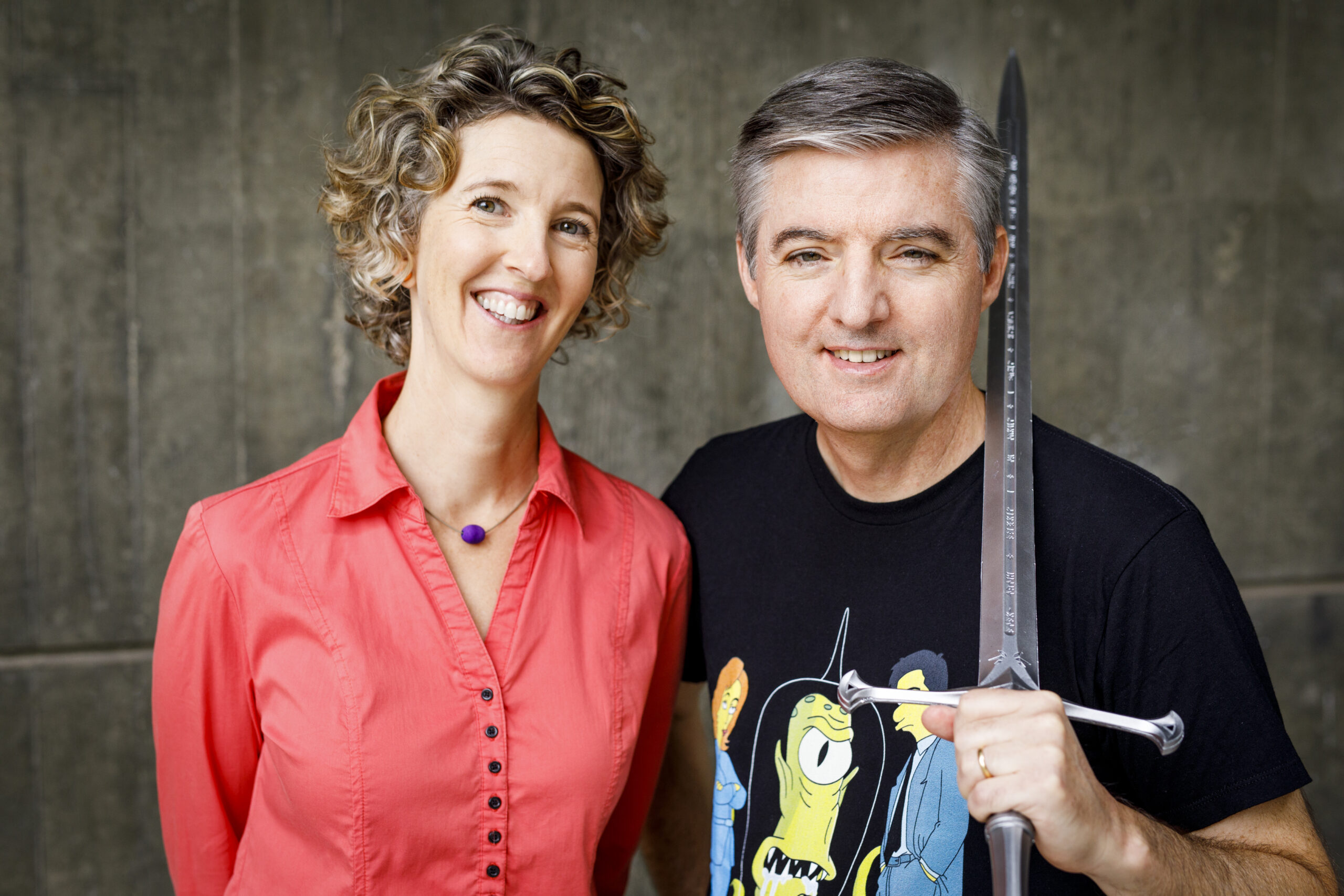 Cristy Burne has worked as a science communicator for nearly 20 years across six countries. She has been a science circus performer, garbage analyst, museum writer, and atom-smashing reporter at CERN, but her all-time favourite job is working with kids to embrace the intersection between science, technology and creativity.

Denis Knight is a computer programmer who grew up geeking out about the works of JRR Tolkien, Terry Pratchett and Douglas Adams. He has also worked as a technical writer, a delivery boy, a tutor, and, for one glorious summer, a tour guide on Rottnest Island.

These two fabulous geeks have combined their powers to create Wednesday Weeks, a reluctant sorcerer’s apprentice who would rather study science than magic, a book series which asks the question: In a world of magic, can science save the day?

If your students have a question that they would like to ask, you will have the opportunity to record it and send it in for Cristy and Denis to answer on the day. Questions will need to be received by Sydney Opera House no later than Monday 1st of August.  Further instructions on how to do this will be sent to you upon booking.

IS THIS A FREE EVENT? None