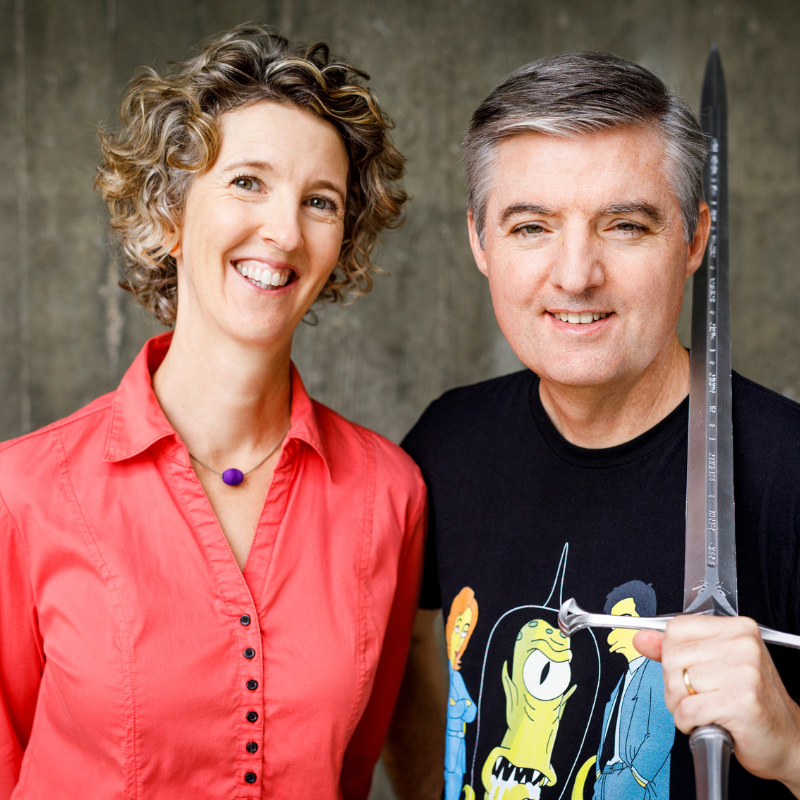 Cristy Burne, a science communicator for nearly 20 years and Denis Knight, a computer programmer have combined their powers to create Wednesday Weeks, a reluctant sorcerer’s apprentice who would rather study science than magic. This book series asks the question: In a world of magic, can science save the day?

During this talk Cristy, Denis and presenter Rad Yeo investigate the intersection between science, technology and creativity, through engaging discussion and science experiments.

Presenter
Angharad ‘Rad’ Yeo is an award-winning television presenter, video game critic, technology journalist and one of the hosts of ABC’s Good Game Spawn Point. She is also host of technology podcast Queens of the Drone Age, ABC Science’s Elevator Pitch and Rad Experiments, and ABC Listen’s How Games Play Us. Rad will host the speakers for the Digital Creative Learning Talks Series, 2022.

Speaker
Cristy Burne has worked as a science communicator for nearly 20 years across six countries. She has been a science circus performer, garbage analyst, museum writer, and atom-smashing reporter at CERN, but her all-time favourite job is working with kids to embrace the intersection between science, technology and creativity.

Speaker
Denis Knight is a computer programmer who grew up geeking out about the works of JRR Tolkien, Terry Pratchett and Douglas Adams. He has also worked as a technical writer, a delivery boy, a tutor, and, for one glorious summer, a tour guide on Rottnest Island.

This talk will be available to watch any time on-demand after the premiere date.